YURTLAND® NATURAL HEALTH is a family business that has been producing and distributing
VITA PRIMA® pure Canadian Elk Velvet Antler for humans and OSTOVIDA® Velvet Antler for dogs, since 1992
We are known for offering the highest quality velvet antler food supplements.
Your good health is very important to us!
Please visit our new Blog at http://yurtlandnaturalhealth.blogspot.com/ for more articles and information on Velvet Antler products

YOUR GOOD HEALTH IS THE GREATEST GIFT!

In the summer, people tend to feel healthier in their bodies because of the warm weather. As soon as their aches and pains return and the temperature drops, they start taking velvet antler again.

We would like to remind you that Velvet Antler is not just a natural remedy for arthritis and joint pain, it is also very beneficial for numerous health problems such as:

. Strengthening the immune system.
. Protecting against stress and depression.
. Increasing the production of red blood cells while enhancing the level of oxygen transported to the brain, liver and kidneys. This process is especially crucial when recovering from an operation or surgery and for people who suffer from anemia.
. Another important effect found in Velvet Antler is it improves the quality of sleep and reduces the possibility of insomnia subsequently lowering the body's level of free radical molecules that lead to early aging.

Dr. Peter Yoon, a highly respected Doctor of Oriental Medicine of Seoul, South Korea says: "The deer is recognized as a lucky animal which brings health and longevity."

The Koreans are the biggest consumers of Velvet Antler. In many clinics Korean Doctors treat patients exclusively with velvet antler powder and herbs.

It is crucial to maintain a healthy lifestyle and help the body recover when it needs to. Velvet Antler is an important supplement that when taken daily, can prevent many health problems down the road.

You’re rich when you’re healthy, keep it that way!

Testimonial from our client David Malcolm PhD
David is battling cancer and tells us how much our VITA PRIMA Elk Velvet Antler helped his immune system.

In my early September post I pointed out the importance of both Iscador and concentrated curcumin in my cancer treatment. I forgot to point out the importance of keeping my immune system on high alert at all times. I do that through my old standby, Elk Velvet Antler capsules from Erica Yurt at yurtland.com, that I have been taking daily for several years. I take two capsules daily, or more if I feel a tickle that might be a coming sore throat. Why take elk Velvet Antler? - you may ask. Because it boosts my immune system so that I almost never get a cold or the flu. I get a cold at most once a year, whereas 10 years and more ago I was forever getting colds. The reason that I recommend Erica and yurtland.com is because she sells the highest quality product, consistently. So take my advice. Elk Velvet Antler will keep your immune system working at full throttle. I have recommended it to others who have had similar results of better immunity and freedom from colds 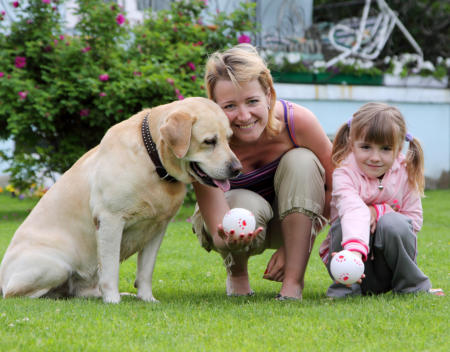 Velvet Antler is adaptogenic, helping to normalize many functions of our body. It can dissipate lactic acid, the cause of muscle pain, while regenerating damage to the nervous system or joints. Velvet Antler can normalize testosterone levels of women and men, increasing libido when it is in imbalance, as well as increasing men's sperm count and increases the production of red blood cells while enhancing the level of oxygen transported to the brain, liver and kidneys. It also helps the immune system and can relieve circulatory problems like cold hands or feet, as well as more serious conditions such as anaemia. It lowers the body's level of free radical molecules, agents that lead to early aging; Velvet Antler also increases mental concentration and metabolism energy level. It increases endurance, strength and muscle development, while reducing stress and promoting recovery from athletic injuries.

Velvet Antler can stimulate the growth and regeneration of the body for children, adults and senior citizens, reduce blood pressure by dilating peripheral blood vessels. It protects against stress and depression, helping to repair nervous tissues and can also improve the quality of sleep and reduce the possibility of insomnia. Velvet Antler strengthens bones and fights osteoporosis, relieves arthritis, rheumatism, stiffness, muscle pain between joints and lumbago. Velvet Antler helps to control diabetes. It helps to reduce cholesterol level. Velvet Antler may help to relieve premenstrual syndrome, symptoms-of pregnancy and menopause.

The other member of your family

The family pet is an important member of many households. Careful and informed decisions are made regarding your family’s nutrition, and the same must be considered for your pets. Nutrition plays a key role in the longevity and wellness of all animals.
Click here to read our full list of velvet antler benefits for your dog or other family pet.